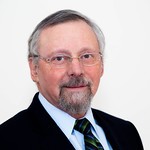 Jim’s clients include the American Public Power Association, several state utility associations and municipal leagues, and numerous public and private entities across America.  Jim was the founder and president of the US Broadband Coalition, a diverse group of more than 160 communications service providers, high technology companies, manufacturers, labor unions, public interest and consumer groups, educational institutions, state and local government entities, utilities, content creators, foundations, charitable institutions, and other organizations, that fostered a broad national consensus on the need for a national broadband strategy and recommended the framework that was subsequently reflected in the Federal Communications Commission’s National Broadband Plan.  He served as a consultant to Google’s Fiber for Communities project and participated in numerous Gig.U initiatives.  He is also the co-founder and president of the Coalition for Local Internet Choice, an alliance of more than 600 organizations and individuals that works to prevent or remove barriers to the ability of local governments to make the critical broadband infrastructure decisions that affect their communities.

The Fiber to the Home Council (now the Fiber Broadband Association) has recognized Jim as “the nation’s most experienced and knowledgeable attorney on public broadband matters.” In 2001, the National Association of Telecommunications Officers and Advisors (NATOA) designated him as its Member of the Year. In 2006, MuniWireless presented him its first Esme Award for “working tirelessly to protect the interests of municipalities, many times in the face of huge opposition.” In 2007, NATOA made him its first “Community Broadband Visionary of the Year,” for “almost single-handedly putting the need for a national broadband strategy to the forefront of public consciousness.” Also in 2007, Washingtonian Magazine listed Jim as one of “Washington’s Best Lawyers” (defined as the top one percent). In 2009, Ars Technica included Jim in its list of the 25 “Top Names in Tech Policy,” and FiberToday named him its Person of the Year. In 2012, the Fiber to the Home Council presented him its prestigious Chairman’s Award, “for his relentless promotion and pursuit of community broadband and of faster networks for everyone. His efforts have paved the way for the deployment of all-fiber networks across the country.” In 2014, the Southeast Association of Telecommunications Officers and Advisor conferred its Community Broadband Advocacy Award on Jim for his “extraordinary efforts at beating back (two years in a row anti-municipal broadband legislation in Georgia).”  Each year since 2016, Thompson Reuters has included him in its “Washington DC Super Lawyers List” and American Registry has recognized him as one of “America’s Most Honored Professionals.” In 2018, Marquis Who’s Who presented Jim its Lifetime Achievement Award.

Jim is a graduate of Dartmouth College and Cornell Law School. He is a member of the Bars of the Supreme Court of the United States; the United States Circuit Courts of Appeals for the District of Columbia, Federal, Fourth, Fifth, Sixth, Eighth, Ninth, and Eleventh Circuits; and the courts of the District of Columbia. Martindale-Hubbell has awarded him its highest peer-reviewed AV Preeminent rating.